A case of damaged eyebrows due to advertising, with almost 2 hundred thousand lost. 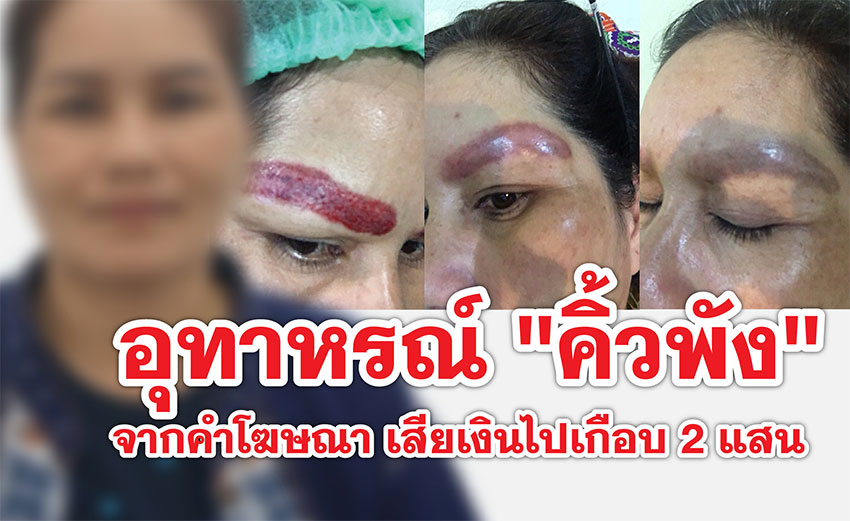 A case of “damaged eyebrows” due to advertising, with almost 2 hundred thousand lost.

I used to have eyebrows tattooed, but I wasn’t happy with the shape because I thought it was like having leeches sticking on my face, so much that I lost confidence. I wanted to have a correction to restore my beautiful eyebrows, but with unawareness and no experience, I chose a wrong way of eyebrow tattoo removal. Just because I hastened to have the “leech eyebrows” removed from the face, the worse happened to me, and my eyebrows were damaged.

My eyebrows were damaged due to the wrong way of removal. As I wasn’t aware, when I was having them removed at the previous place, the service person there only told me that what they used was a removal solution of good quality, but they didn’t say what kind of solution it was. I had no idea that they would “use acid to remove my tattood eyebrows”, causing damages to my own eyebrows. 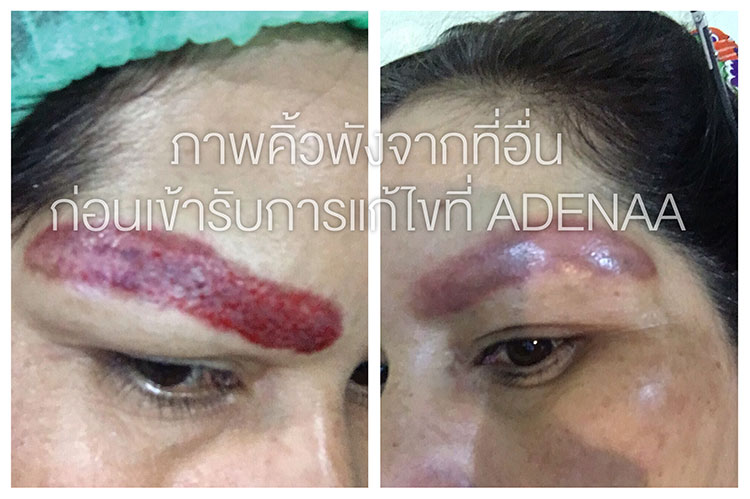 (photo: damaged eyebrows caused from another place before receiving a correction at ADENAA) Results vary according to individual skin condition.

After that disaster, I intended to find a safer way to remove the tattooed eyebrows. I was recommended to have the tattooed eyebrows removed with laser. Then, I hurriedly went to have a consultation and proceed with the procedure, but it just got worse because the person who performed the procedure didn’t have enough experience, causing all my eyebrow hair to fall off. I felt even more stressed and very distressed.

But it was shamefulness that forced me to find a way out; I searched for information for many days until I found ADENAA CLINIC.

Adenaa Clinic lets us know that eyebrow tattooing must be chosen to be done at an institute with direct knowledge and expertise in order to have beautiful eyebrows with safety. And to have them removed, the choice is a skilled doctor with direct expertise in eyebrow removal because to remove permanent eyebrow tattoo, after the procedure, the eyebrow hair must not fall off and it must continue to grow normally.

However, I have to be patient. It took exactly 5 months for the treatment with laser removal process along with the treatment of acid-damaged skin, which was the method skilled by Adenaa’s doctor. Although it took a long time, I had to endure. 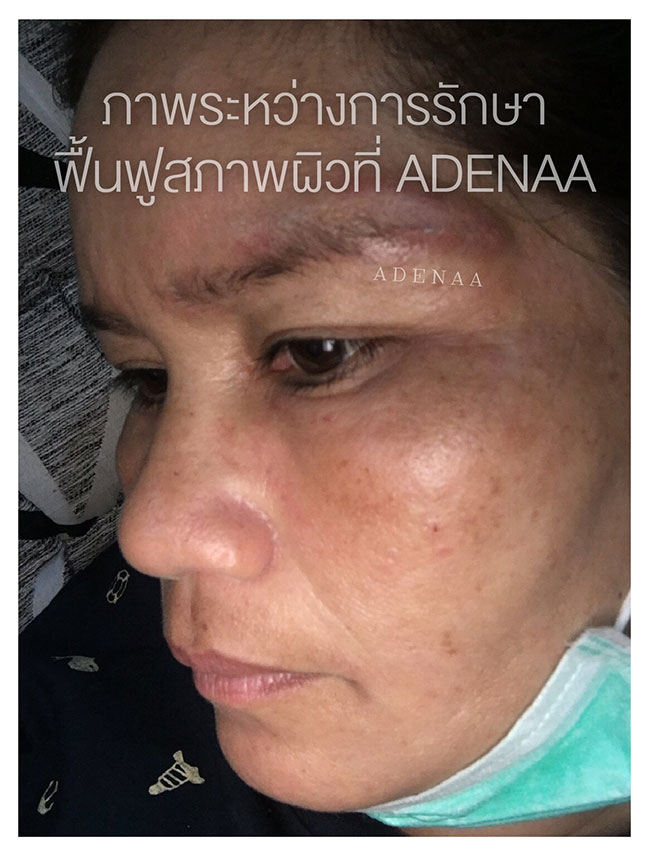 And today, I’ve regained my confidence as Adenaa transformed the damaged eyebrows into the beautiful ones. I must admit that it took a very long time for this treatment, but it was worth it just to have new eyebrows and my confidence back. “Now, I no longer have to wear a hat going anywhere after a few years because I was ashamed of my acid-damaged eyebrows.”

I’d like to warn everyone. Take my case as an example; for those who want eyebrow tattooing, a standardized institute must be chosen. A cheap price is not the first priority, but the outcome and quality should be the criteria for decision making. As well as eyebrow tattoo removal, an institute with experiences and expertise should be the first choice because removing eyebrow tattoo is different from tattoo on other parts; it has to be done while keeping the eyebrow hair growing normally and causing no damages to the skin.

“Because I’ve seen such bad days, I’d like to remind everyone to be more aware” 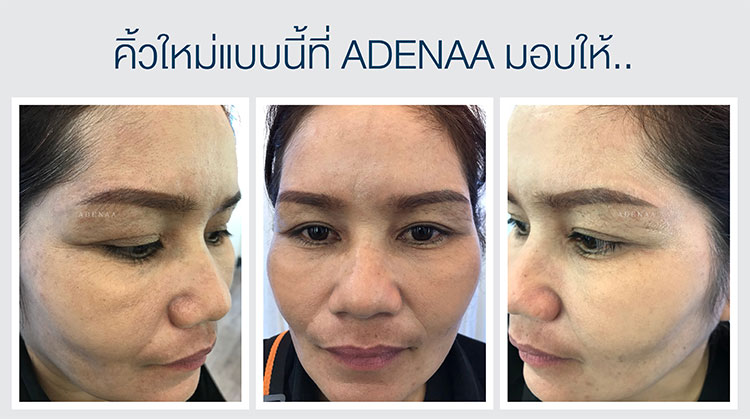 Today, Adenaa have created new eyebrows to me, with beautiful shape to suit my facial figure. I am very confident with the new eyebrows given by Adenaa.

A Personal Touch To Your Calculated Beauty.